Indiana authorities have released details on what led to the arrest of a man at the center of a high-profile murder investigation.

Richard Allen is the man who was recently arrested in connection to the 2017 murders of two teen girls in Delphi, Indiana - Abigail Williams and Liberty German.

Since Allen was arrested on two counts of murder, much has remained unknown on the investigation until Tuesday's unsealing of court documents.

You can read the full probable cause affidavit by clicking on the PDF below (or in a new window here), though witnesses' names was removed by officials before it was released. 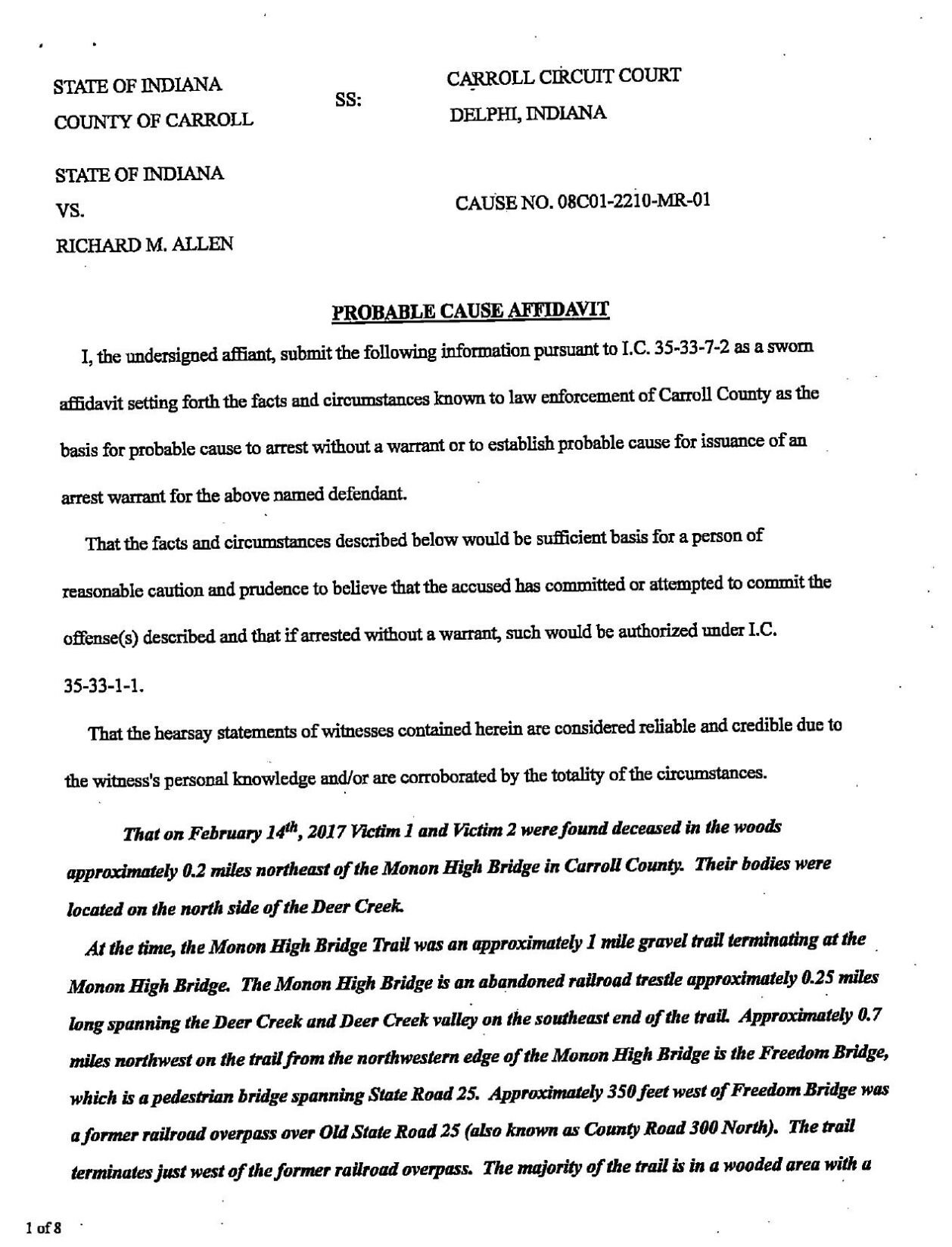 This is a developing story.

DELPHI, Ind. (WLFI) — Attorneys for Richard Allen have file a motion for a change of venue.

Evansville Mom Charged With DUI After Crashing With 3 Kids in the Car: Police

Boonville man sentenced to prison for embezzling over $400,000