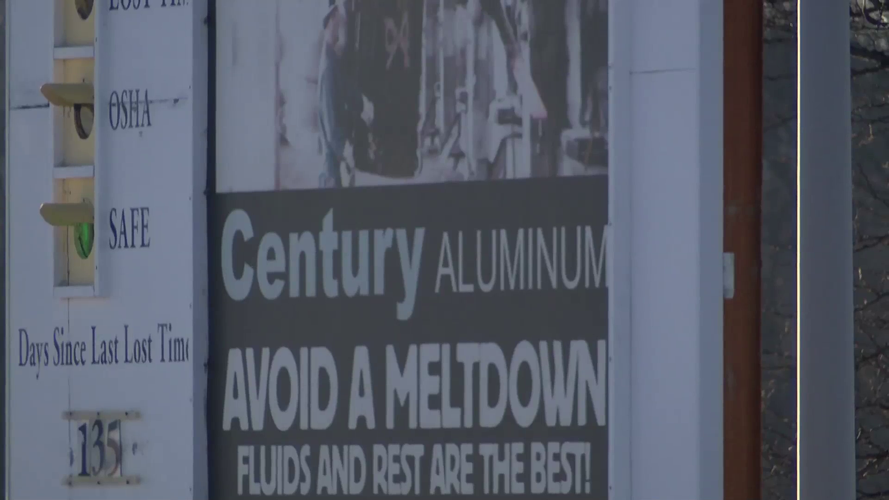 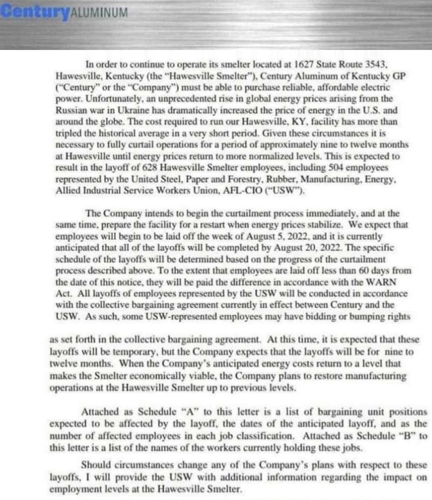 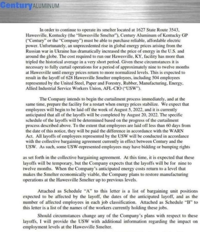 More than 600 Century Aluminum smelter workers are being laid off in Hancock County, Kentucky, due to "an unprecedented rise in global energy prices arising from the Russian war in Ukraine," according to a letter sent to employees.

The letter obtained by 44News says that due to the energy cost of running the Hawesville smelter, operations at the facility will be stopped for a period of approximately 9 to 12 months.

The lengthy pause in operations is expected to result in the layoff of 628 Hawesville Smelter employees, including 504 union members, according to the letter.

The letter goes on to say that the  company plans to begin the curtailment process immediately, and at the same time, prepare the facility for a restart when energy prices stabilize.

And the mayor of Hawesville spoke to 44News about the shocking announcement.

"It’s coming so fast, and you don’t expect them to give you a big warning, but I was just devastated," said Charles King.

Layoffs are expected to begin the week of Aug. 5 and completed by Aug. 20.

44News reached out to Century Aluminum for an additional statement, but one has not been provided at this time.

You can view the the letter below, which has been edited to remove any personal information.

Teen hit by truck while crossing the street in Madisonville